Octopuses, Do We Really Know Much About Them? 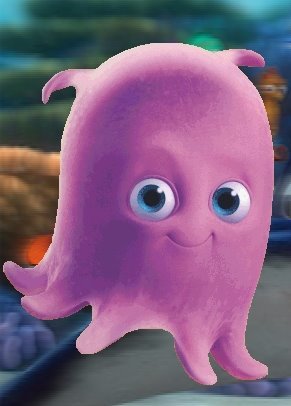 “Aw guys, you made me ink,” exclaimed Pearl as she blushed from embarrassment. In Finding Nemo, Pearl is a young octopus and classmate of Nemo. She is vibrantly pink and has eight tentacles, but one is just a tad bit shorter than the rest of them according to her expertise. She flails her tentacles in every which direction so elegantly. Our hearts fill with joy, as we see her stiff body and bulging eyes sway in the ocean. This is the octopus we know and love.

But PSYCH!!!! This is not the octopus that reality knows.

Pearl is cute and pretty, but real octopuses have a certain beauty about them that isn’t expressed through their exterior. Octopuses’ beauty lies in their ability to change colors, textures, shapes, and location. Octopuses have nervous system unique to their species. More than just their bodily abilities makes them so fascinating; their extreme intelligence also has the scientific community astonished. Intelligence, flexibility, adaptation, genetic variations, and influence are just some of the many characteristics and traits that an octopus has. The octopus is so much more than a cute character on a TV show; the octopus is the future of our technology. Scientists Caroline Albertin, Oleg Simakov, and Cecilia Laschi all have realized this and done extensive research on these animals revealing so much more about their usefulness then we ever knew.

How smart is the octopus?

With a nervous system that outshines all other invertebrates (regarding size at least), there is no doubt that this species holds more secrets beneath its façade (Albertin et al, 2015). While investigating this cephalopod’s brain and body, Scientists Albertin and Simakov uncovered some astonishing information by sequencing its genome and multiple trancriptomes of the octopus biomaculoides (220, 2015).  By doing so, they discovered that octopuses had a much larger pool of genomes to pick from within the protocadherins (regulator of neuronal development) (Albertin et al, 2015).  This extra boost in variability of genomes gives octopuses their edge in neural communication and development. Protocadherins are one of the more important aspects of the octopus. Their expression allows the nervous system to stay organized. In addition, protocadherins allow the octopus to control its quick short-range neural interactions that are essential to creating the vast network of pathways that make up their nervous system (Albertin et al, 2015).  According to another devoted octopus researcher scientist Laschi, the octopus is the “embodiment of intelligence”(709, 2012). When they sense a predator they will hide in spaces as small as their brain (Laschi et al, 2012). As a last resort, if they do not have enough time to get away, they will release a bloom of ink into the oceans waters eluding the predator and giving the octopus enough time to escape. Out of most of the life in the ocean, the octopus ranks high among the competitors for the smartest creature. Their flexibility and unique exterior is one-of-a-kind though.

What is so special about the octopus’ exterior?

With varieties within the DNA structure, the skin and tentacle’s jobs are given a superior range. By combing through the genome sequence and multiple trancriptomes of the octopus, Albertin and Simakov were able to identify the genomes that make the octopus so unique. The short-range nervous system that the octopus has paired with its extra genes permits it to not only change its skin color, but modify the texture and shape of its body. The octopus can camouflage from its predators and make it as realistic as the object they are mimicking.

Because they possess all these unique qualities, many scientists have questioned whether or not octopuses are even Earthly. Some have gone as far as to say that the octopus is an alien. The more likely story, though, is that they are one of the oldest creatures that roam the oceans (Albertin et al, 2012). They show signs of long-time evolution and have traits that are solely unique to them. Although there is a possibility that the octopus did not originate on Earth, so far there is no scientific evidence to back up those claims (Albertin et al, 2012).

Why do we care about the Octopus?

The octopus has become the center for the inspiration of new soft arm robotics. Due to its unique genetic make-up, people can learn a lot from octopuses and explore their many facets. This exploration often leads to progress in many Laschi has been doing extensive research on the tentacles of the octopus. The fact that they have no rigid structures within them and that they have the ability to contract, elongate, turn left and right, and work as the navigation system is a phenomenon. Through this Laschi has built a robotic model of the muscular hydrostat of the octopus tentacle  that maneuvers elegantly in the water (210, 2012). It has also been key in the development of hyper-redundant robotic manipulators (Laschi et al, 2012). Laschi is trying to pave a new path for the future of technology and how far they can go in replicating the body make-up of the octopus and other animals that possess traits that are exceptional to their species. In the future, this technology could be saving lives. The usefulness of the octopus has only been touched on the surface level; it has the possibilities to aid in the making of so much more.